The low exchange rate may be boosting manufacturing, but it is has other effects on real estate across Canada.

Foreign investment is now looking beyond Vancouver & Toronto, and reports suggest that the winds are now predicted to blow towards Montreal & Saskatoon into the new year 2016.

The PwC report is based on surveys from more than 1,200 real estate brokers, developers, property managers and investors. The report states both foreign & domestic real estate investment will shift in 2016 from the West, where slippery oil prices are hurting growth, to the East, where the low exchange rate is boosting manufacturing. However money is still expected to flow into both Vancouver and Toronto.

Calgary and Edmonton were, until a 1-2 years ago, some of the most country’s most promising real estate markets. But the price of barrels of crude has fallen and investment in those areas has receded. This effects both residential & commercial markets in the region. The market has slowed down as owners seemingly take a wait-and-see approach.

Markets in Quebec and Ontario, where most of the country’s manufacturing sector is set to benefit from the lower exchange value + any economic recovery in the U.S., our biggest trading partner. That could generate greater foreign interest in Montreal, the report from PwC predicts. Farmland in Saskatoon has also become attractive to foreign investors, from an agriculture and timber perspective.

Foreign investors are also likely to start buying up medical clinics and other property in the health-care sector; likely to rise from Canada’s aging baby boomers.

The lack of affordable housing in Vancouver & Toronto will slow urbanization in those cities; as first-time buyers move further out to the burbs in search of affordable properties. Prices in those markets are also shifting towards renting, the report stated (especially as an ever larger proportion of the populous won’t be able save enough for a down payment for a new home).

However, we are also seeing trends of correction and stabilization. The future is not easy to predict, even PwC often does not have a perfect crystal ball. Market forces are complex and hard to understand during our hustle and bustle of day to day activities. These are also forces that we cannot individually control. Best thing is to keep working each and every lead, and if you are not already a RealEstateLeads.ca client, there is no better time than the present to start receiving an extra 40-60 hot leads right from the internet; which is our service to supply to real estate agents just like you.

CMHC (Canada Mortgage & Housing Corp – an agency which advises the national government on housing policy) has issued a down-sloping housing market forecast for the next twenty-four months on Monday, which is predicting a negative price growth. 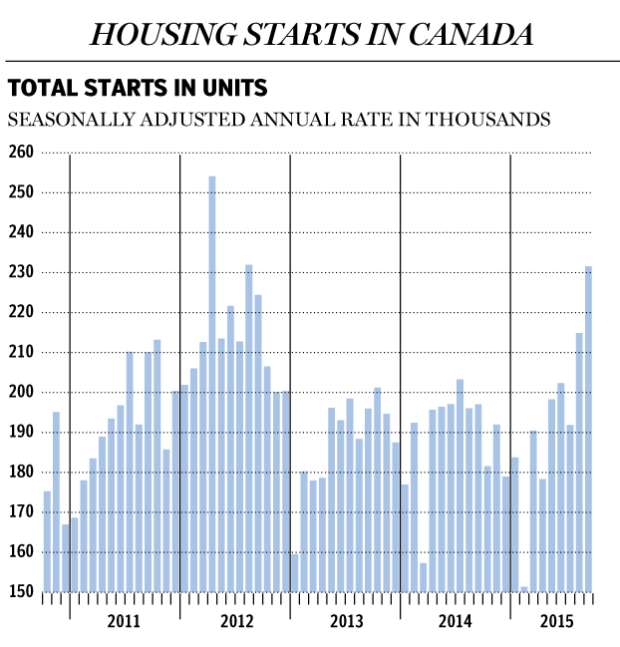 CMHC is not anticipating a massive correction for housing. The agency did say that we can expect prices to barely keep pace with inflation through 2017 and that sales and new home building will be slowing down.

“ In 2015, increased housing market activity in provinces like Ontario and BC – regions that have benefited from declining energy prices, a lower Canadian dollar, and continued low mortgage rates offset slowdowns in oil-producing provinces like Alberta. We expect, however, that this counterbalancing effect will decrease over time. ” said a CMHC spokesperson.

Paraphrasing the report, the big question is to what extent the condo markets in Vancouver & Toronto are overshooting… They mention a good starting point is to assess the trajectory of recently completed and unabsorbed units. An increase there suggests that developers are finding it increasingly hard to sell completed units; which is usually a first sign of troubles ahead.

In Vancouver, the number of unabsorbed units fell during the past year from just over 2,000 to the current 1,100 indicating an improving situation. But in the Greater Toronto Area, in 2015, there was a notable increase in the number of completed, or fully built, condominiums. In the GTA, CMHC decided to register 10,000 condos in the month of January 2015 and they had seen no fewer than 26,000 condo completions in the first half of this year; which equates to 3 times more than the level seen in previous years.

According to CMHC’s information, between December 2014 and May 2015, the number of unabsorbed units went up in Toronto from less than 1,000 to close to 3,000; a level that is even higher than what was seen in the early 1990s. But that number has since declined. About one-third of all unabsorbed units were constructed by four developers. Five projects coming into the market at once account for about one-quarter of the unabsorbed units on the market today

Greater Toronto Area’s condo market will be tested as interest rates begin rising in the coming years. Increased resale activity from domestic condo investors will result in excess supply and some downward pressure on prices. CHMC advises those who look at the rise in unabsorbed units as a sign of increased vulnerability are barking up the wrong tree. 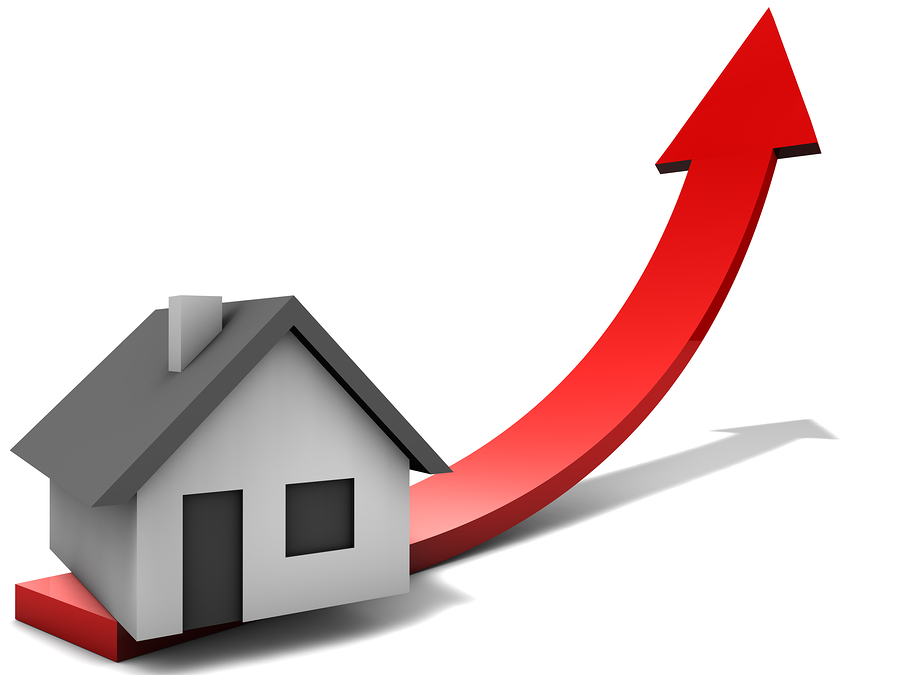 According to historical lessons from the past and economic theory, those who have high anxiety that the sky high home prices in Vancouver and Toronto, or Canada’s hottest markets, will collapse solely under their own weight, can relax about matters more than they think they should. Peaking prices in markets like Toronto & Vancouver is not enough justification or force by itself – to spark a housing collapse. Housing recessions in Canada, or elsewhere, have never been caused by high prices alone.

A major housing price collapse would require a broader or national economic recession. Dramatic conditions, like those currently existing in Calgary, due to the oil price collapse, have driven down property values.

In Calgary, people are now leaving, migrating out, and housing prices have simply followed. Calgary housing sales have been trending down on the order of 30% so far this year, and housing prices will continue to decline, although as would be expected, lagging behind.

House prices in Vancouver and Toronto are not overvalued from a long-term perspective; for the long-term investor. There are few signs that speculation is driving either of those markets. However, the elevated markets of primarily Vancouver & Toronto would see the deepest price drop if a large-scale recession did occur in Canada.

Historically markets with the fastest price growth prior to a recession experience the steepest price declines during a recession. By simple logic, the most vulnerable homeowners during a housing recession are low-equity buyers, who are often more recent entrants.

However, nobody knows what is going to happen, so we just have to what we do best, building up markets and recovering and building them up again. There might never be a slide in Toronto’s or Vancouver’s markets, theoretically speaking – but the chance of nothing ever going wrong is impossible to exclude, including the rarity, but possibility of a large earthquake or volcanic sea floor tsunami. It is too much to think about and impossible to anticipate. We just have to hope for the best market conditions and play it by ear when the market takes a dip. 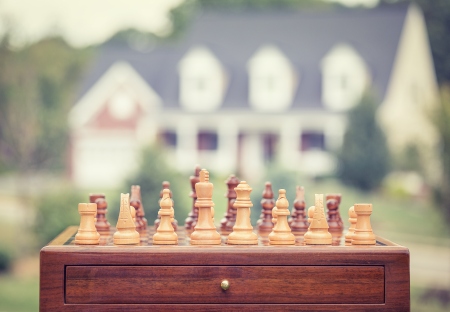 With already having hundreds of conversations with Real Estate agents, in this article we are relaying the best current advice from some of the top agents & brokers from coast to coast.

The best resource you can have starting out in real estate is a constant source of leads flowing to you, but second to that is tapping the minds of agents that already have years of experience with a long string of deals already filling up their file cabinet. These agents are generous to share their years of knowledge with fledgling agents. These current insights should prove enlightening and invaluable as you set on your own real estate path.

At the top of list is to become as tech savvy as you possibly can, but as always responsiveness and consistency are additional keys to success. Gone are the days when print magazines and direct mail were effective. The real estate market is now based on the internet. Only those who go with the flow online will be in business next year.

It is important to leverage the power of technology to attract more prospects. Real estate is not just a numbers game; following through is just as essential. There are many thousands of agents on the internet right now. If an agent doesn’t respond to a prospective inquiry quickly, often within minutes, at least within the hour… then the Prospect will just call the next agent they find.

Invest in a great website. You have to have a strong web presence so spend time and energy fine-tuning your online presence. Avoid branded websites because if you ever change companies, then your site will not go with you. When you’re not busy with customers, keep up your marketing efforts. If marketing doesn’t excite you, you’ll rarely do it… so then you would have to hire someone to market yourself for you. Use any extra time to stay on top of new technology; and implement those ideas/apps which excite you.

Instead of consuming precious time and money attending sales seminars, time better spent might be building up your website, add a blog, and writing a couple of interesting articles for you prospects an clients to read and appreciate. Subsequently post your blog to social media to increase you site’s google visibility. Perhaps enhance your website regularly, before your sit down to preview new homes as they come on the market.

Set high standards. You have chosen an industry that will give you huge rewards if you set your goals high enough. Today, more than ever before, you have to have the digital tools that will help you keep up with this rapidly changing world. Pick your favorite online methods and learn to become a master of it; then steer all that traffic that you generate to your website’s listing pages.

The client of the future has changed forever. Today’s real estate customers are not only beginning their search online – client communication is happening online to the same degree. In order to succeed in real estate, the modern agent must be on the same platform preferred by the new generation of buyers and sellers.

So there you have it… practical advice from agents & brokers who are currently enjoying success like never before by utilizing digital tools like RealEstateLeads.ca to expand their reach, automatically drawing 40-60 leads in per month into their inbox; significant enhancing their real estate business. Call us and we’ll provide you with just the right surfboard in order to ride these new market waves!