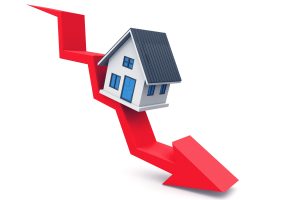 The real estate market in Canada has been one of the most charged topics of discussion over recent years, and whether you would have sat on either side of the debate was by and large based on whether you were an existing homeowner or not. This of course applies to the entirety of the general populace, but for Real Estate agents the ‘way things were’ were for the most part better than the ‘way things are’ considering the current dynamics of the housing market.

What is meant by that is the way that across the country as a whole the market is considered to be ‘flat’, meaning most home are generally neither appreciating or depreciating in value. However, in high-demand urban metro areas like Vancouver, the market has actually take a significant downturn. Much of this has been attributable to measures taken by the current NDP government to cool the market and suppress housing market investment speculation.

For realtors working in the area, it’s not rocket science for us to understand that this is a negative for business. However, it seems that the market downturn is actually creating some good by means of reducing the number of active competition competing for the fewer clients out there to be had.

Here at Real Estate Leads, our online real estate lead generation system for Canada is an excellent way for new realtors to have the power of Internet marketing working for them and allowing them to get more out of their client prospecting. It’s always beneficial, and perhaps even more so when paired with the new reality of the industry we’re about to touch on today.

It’s common knowledge that the Lower Mainland’s real estate market boomed between 2014 and 2017, and with that boom more and more newly-licensed realtors arrived on the scene. By the time 2017 had drawn to a close there more than 13,500 realtors working in the region. The age-old saying ‘only so much of the pie to go around’ was very apt, and in truth it still is – to a lesser extent.

Let’s set the stage for analyzing all this by going back nearly 20 years, to the year 2000. Back then there were fewer than 7,000 realtors operating in the GVA and the Fraser Valley in 2000. Over the next 17 years, the numbers of this increase massively outdistanced the increases in general population. A lot of people were aiming to get in a good thing, and many still acting on the belief that real estate was their ticket to ‘getting rich quick’

(If there’s one thing EVERY would-be realtor should know, it’s that THIS^ is never how it works)

But back to topic.

As most will know, over the past two years the Vancouver real estate market has seen a downturn. Lower median home values means many homeowners are postponing the sale of the home (a wise move) while would-be homebuyers are being influenced negatively by – among other reasons – the new mortgage stress test rules introduced by the BoC.

So it would seem that now that the allure of ‘easy money’ or accelerated real estate corporation growth is a thing of the past, for now at least, the number of real estate agents doing business in the GVA has dropped quite considerably.

The estimates are that somewhere in the vicinity of 1,000 realtors have dropped out of the picture in Vancouver.

This can be seen as encouraging for new realtors who understand the level of commitment required to succeed in this business, but it should also serve as precaution for anyone who thinks it’s an ideal time to make the same move Yes, there’s less competition, but the market is depressed and there’s still enough competition to make it so that those who don’t apply themselves 100% and work extremely hard are going to likely be a part of that former-realtor statistic sometime in the near future.

As the numbers of transactions in Vancouver have fallen, many realtors have chosen to give up their licenses and pursue another means of making a living. For many it’s a situation where once the fees associated with keeping the license start to outweigh the revenue generated by using it, it doesn’t become a worthwhile investment of time and energy and therefore not the best career choice.

For many realtors in this situation, it may be a reality where they realize they need to put more time and effort into building their real estate business, but they simply don’t have any more time to give to it.

Now to be clear, this is not a mass exodus from the realtor market, and it’s never going to be that. If anything we should see it as industry correction that is precipitated by the economic correction seen in the housing market.

We’ll conclude today with a listing of the number of realtors per capita working in major cities in BC, and then comparisons to a couple of spots well elsewhere in the country.

Perhaps Halifax is the best place to be a realtor in Canada! But all kidding aside, it makes it clear that event though there have been major declines in the numbers of realtors working in Vancouver it is still a REALLY competitive locale for working in this profession. We can safely assume the same is true of Toronto.

So long story short, while it’s an improvement at face value it’s really more of a shift from ultra-competitive to VERY competitive. Making a name for yourself in the real estate business is tough if you live in metro areas, that’s always going to be the reality.

Sign up with Real Estate Leads here and receive a monthly quota of qualified, online-generated buyer and / or seller leads that are delivered to you exclusively. Once you’re registered and your territory of any region of any city or town is assigned to you then YOU are the only realtor who will serve that region and YOU are the only realtor who’ll receive leads for it. Needless to say, it’s a sure-fire way to supercharge your client prospecting efforts and a quick view of our testimonials page will indicate just how many realtors are thrilled with what it’s done for them!