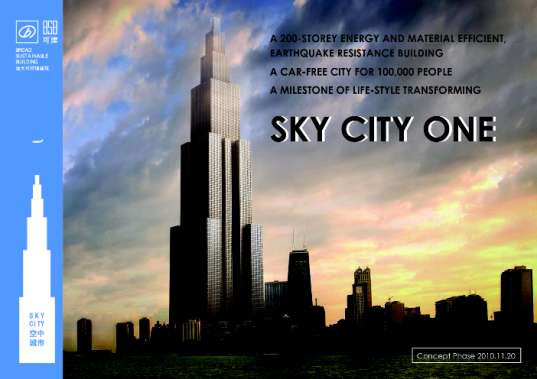 Canada’s Housing Market Should Have Never Been Allowed To Be Turned Into A Stock Market.

What rights, in regards to owning a piece of Canada, should foreign non-residents really have in Canada?

This idea we are presenting here could make the Canadian real estate market not just hot/volcanic , but suddenly, atomic – as an after-effect of a huge potential populous push who agrees with the insights & solutions proposed in this article. This article focuses on an idea to solve the problem. A proper solution would be making housing affordable again for working tax-paying Canadians. The idea is about bringing over more of the Chinese culture, not less. Imagine Chinese designed sky tower cities (see picture above) on parcels of land given to them by the BC government, here and there, perhaps an existing a park or two? The huge China tower cities to be built in downtown Vancouver could also serve as a money laundromat for the Chinese and other foreign nationals; keeping the money launders happy.

By some accounts (including some top West Vancouver Realtors and real estate lawyers) 80% of new and pre-owned housing sales are purchased with Chinese money and people.

The BC government enacted a law that comes into effect Aug 2nd, giving only 8 days notice before imposing the new 15% foreign buyer tax on home sales. This happened in Hong Kong 2 years ago – a 15% surcharge tax on top of the land-transfer tax was attached to foreign purchases of real-estate. See: http://vancouversun.com/news/staff-blogs/hong-kong-puts-15-per-cent-tax-on-foreign-buyers-will-b-c-follow-suit This obviously did not take much high powered thought, as it was copy-cat legislation.

Recent poll results show that about 75% (3 out of 4) of native Canadians have quite alot of anger directed at B.C. politicians over housing costs. All 3 levels of government got scathing reviews in the poll. The provincial government was vilified the worst, with 76% of British Columbians expressing dissatisfaction with the Liberal’s amount of action.

Now the people across Canada (with pitchforks in their closet, about 3 out of 4 on this issue) need to get the provincial government to do what the Canadian people want! Is this not a democracy?

Most people feel that foreigners should not be allowed to buy residential real-estate in Canada.

How can this all be reversed? Believe it or not – the answer is already in the law books.

Quote: “Since Canada uses primarily English-derived common law, the holders of the land actually have land tenure (permission to hold land from the Crown) rather than absolute ownership.”

What is proper, and necessary, solution?

We, the Canadian people, must force the government to allow foreigners to own residential property for only 1 more year after a to-be-decided date – or the property will be foreclosed and donated to the BC homeless community. Then they must start selling!

Native Canadians will be the eager buyers. There is no short supply of Canadians who wish to own a home but are unable to afford the million dollar price-tags. There is an over-supply of young millenials forced into renting. The people know this.

Those same Chinese buyers will then be able to buy, and own, condominiums (even multi-story townhouses) within the Sky City tower – until they are able to move into it, they will only be able to rent Canadian residential real estate; perhaps the same houses they are currently in – however now Canadians will be their landlords until the foreign owners can move into one of the Chinese-built sky tower addresses.

Real estate agents will love it, because it will swing the pendulum and create a strong Canadian citizen’s buyer’s market over the course of the given year – creating a market frenzy, lowering house prices, allowing young Canadians to buy in easier, while agents conduct deals. Everyone wins, maybe with the exception of the foreign millionaire property owners.

There is plenty of demand, they are just limited by lack of housing supply and also most currently are not able to afford homes around Vancouver.

There really is no other solution to making homes affordable to middle class, or young Vancouverites.

So what rights should non-residents and foreigners have? Maybe make sell in a year’s time or the property gets forfeited to the homeless of BC.

The Chinese know how to build huge tower-cities. Let the government give them some parkland to build one of those puppies on, and let the foreign money flow through that city within Vancouver and Vancouver folks/construction crews get to build/work on it.

What do you and your colleagues across Canada think? Please forward to others and let us know. We’d love to hear ( contact@realestateleads.ca ) from real estate agents and also any Canadian citizens.