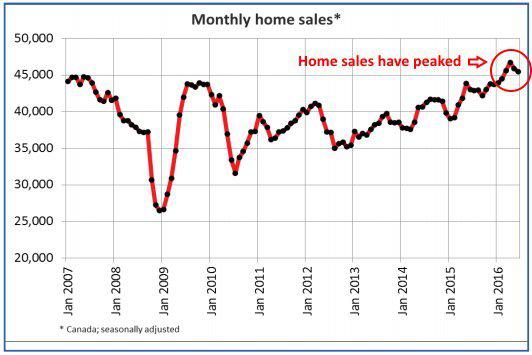 Sales data as recently published by Canadian Real Estate Association (CREA ) { Summary: Home sales #’s in Canada peaked in April 2016 and have slid down slightly for the past 2-months. }

“Home Affordability” tops the list of concerns of the majority of young (and old) Canadian couples and families, especially areas on the southern oceanic coasts of the country.

Yet this period of time might just be like riding a roller-coaster re-engaging in the 2nd chain for the remaining journey up. A recent report from NBF, National Bank Financial, suggests that home affordability could further drop (similarly like a counterweight on an elevator.) 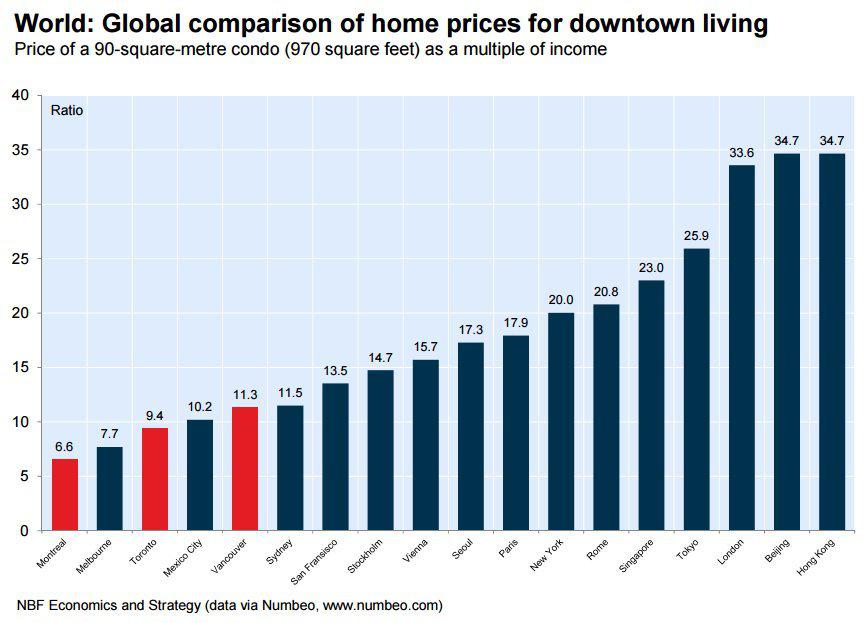 According to the above survey, it’s still more affordable to afford a downtown Toronto or Vancouver condo than in: Tokyo, New York, Hong Kong, London, Rome, Paris, Stockholm Sweden, or Vienna Italy.

At first glance the above chart seems to set the stage for further deterioration of home affordability in Vancouver & Toronto. However, other parts of Canada have created more of a balance in the big picture – with several provincial areas have seen home price decreases.

Although there are greater hardships in other cities, on a global level, future price trends cannot be predicted from it. Interest rates (near-zero and negative rates) have surely inflated the overall home price bubble. Thus, have created much more speculation and potential volatility in either direction in the market. 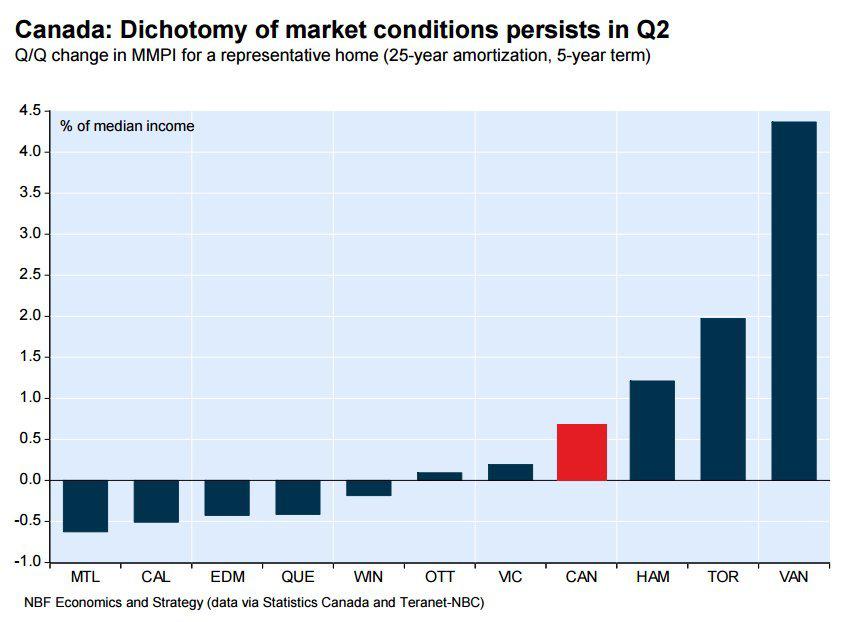 However, most of that growth is concentrated in Toronto & Vancouver.

What is your personal prediction? We’d like to hear from you about this article or any other questions or comments your may have.