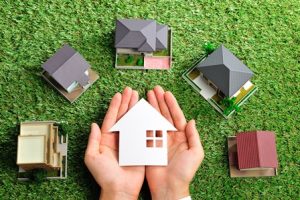 Even the greenest realtors will quickly find out that selling a home is stressful for clients, and particularly so if the market is more of a buyer’s one that an a seller’s one. That part of it is of course dictated by market forces and isn’t something either you or your clients should be dwelling on. Your clients will be looking to you to be the voice of authority and experience that is guiding them along the way to their receiving the best possible outcome with the sale of a property that they’ve likely invested a lot of their time into owning it. Needless to say, dropping the ball in that regard isn’t an option.

Now we do know that you don’t need to be convinced of that. Gaining clients isn’t easy, and it’s also very competitive in this industry. There hasn’t been enough ‘pie’ to go around for decades, and it’s pretty safe to say it’s never been more challenging than it is today. Here at Real Estate Leads, our online real estate lead generation system is an excellent way to reinforce your efforts there. Once you’ve made initial contact with these potential buyers or sellers, then you have the opportunity to wow them with your knowledge of the biz

Nothing is more assuring for folks in the early stages of the home being on the market than a realtor who can be the voice of reason. And further, if you can take that voice of reason and help them with saleability of the home, you’re well on your way to becoming ‘their’ realtor.

So, here are 5 saleability factors that are very much in your client’s control, that will help get their home sold at the right price.

The home in question may meet all of a buyer’s criteria (and look great on paper) but if it’s ‘run down’ in any way when a buyer comes knocking, he or she will likely leave quickly and scratch your client’s home off their list. Advise them that it is very much their job to make sure their home is in tip-top shape to ensure the home is sold at the best price possible. Make it clear they need to be certain that everything in the home is well-maintained. A good start is to have them declutter their home and make sure everything is orderly and well-serviced. A home that’s been cared for very well and promises to require very few repairs if any and minimal ongoing maintenance is very attractive.

Suppose your clients have met with a keen buyer. Here’s what they should do to do themselves a favour and make the purchase an easy decision and smooth process. A good many interested buyers opt out of a potential purchase for no other reason than that the terms are just too complicated or inconvenient. Advise your clients to be proactive in defending agains this. Investing in a home inspection report and dealing with the issues before their home hits the market is HIGHLY advisable. Doing so will help them seal the deal and enable you to reach a larger market as their realtor. Another factor to keep top of mind is their move-out date, and ideally one in the near future. Showing potential buyers that they are able to vacate the home quickly will work to their advantage.

A client’s home could be the best-looking property on the local market, but what good is attracting buyers if there’s never any available time to meet with them? It is essential that clients adhere to a schedule that meets the buyer’s needs and to also be able to accommodate last-minute viewing requests – even if they will be disrupting their lives. It’s in their best interest to be flexible. Let them know that a buyer’s sense of urgency could be a positive indication that they want to move fast. Denying requests to see the home could mean your clients losing out on a sale. When they are preparing to sell their home, prompt them to take note of any issues that should be dealt with before it hits the market.

Upgrades and extras go a long way in improving on a home’s saleability. From kitchen renos to installing a new heating system to window upgrades or even simply patching up holes and then applying some fresh paint. Advise clients to stick to practical renovations, as decor renovations are particular to a person’s taste and of course tastes vary wildly from one person to the next.

Speaking with a realtor and being open to his or her suggestions as to what is the right price for a home makes so much sense for clients, and it is perfectly acceptable to state plainly tha pricing a home realistically gives them a much better chance of selling their property quickly. When pricing their home, they should set emotions aside to ensure that their price is fair and justifiable. Explain that the home’s value is best and most realistically indicated by reviewing the comparables. Researching homes that have recently sold in their market and which possess the same characteristics as your clients. Then sit down and show them what you’ve learned, and how it should dictate the way they approach pricing their home as it is prepared to be put on the market.

Sign up for Real Estate Leads here and receive a monthly quota of qualified, online generated buyer and / or seller leads that are delivered to you exclusively and also for your own privately served area of any city or town in Canada. It’s a proven effective way to get so much more out of your prospecting efforts as you move towards becoming an established and trusted realtor in whatever part of the country you’re serving as a reputable real estate professional. 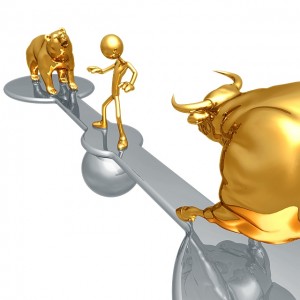 Various economists, the news media, and some economists, have been diligently anticipating corrections, some like to use the word “crash”, in house prices every year since at least since 2010, about 5 years so far.

But each year so far, the market has continued to go up, to many of the bears – defying gravity. Those who fear the end is near have been and are, at the time of this writing of this article, relied by this summer’s surge in home prices.

Economists like to think that bubbles are inflated by irrational behavior. How irrational are Canadians being by buying homes for these unprecedented prices? Simply, folks have only been doing what makes sense to them: borrowing money as borrowing has been cheap.

The Toronto market has been hot, and the detached home category has been exceptionally hot. Around downtown Toronto, the average sale price is about $1.1 million, or 19% higher than 2014. We have heard stories of old termite-infested homes selling for $200K above the asking price. Bidding wars are the norm. Hardly anybody asks for an inspection before signing contracts. Those of you who old were around to remember the big 1989 Toronto housing crash, you might sense it all eerily familiar.

Vancouver, continues on a tear, and the BC, Real Estate Association said in the spring that demand for homes has been the highest since 2007.

Similar stories are playing out across the country. Across Canada, the CREA reported that resale home prices rose by 9.5 per cent the past year.

For the bears, all of this is only more evidence that a crash is coming. But looking around, it’s still hard to see from where or how the sky is about to fall.

Toronto’s Real Estate Board’s “affordability index” reflects that the share of average family income which goes to mortgage, property tax, and utility payments is around 36%; the highest it has been in 2 decades. Even at that level though, we’re not anywhere near where we were in 1989, when carrying an average home for sale took about per 50% of a family’s income (source: TREB).

The biggest threat to the housing market isn’t an interest rate increase. This past summer months the overnight rate has been about 0.75 per cent. And you can get an 18-month mortgage from one southern Ontario credit union for 1.49 per cent. We began 2015 with expectation that rates would be going up soon. It is clear now that they haven’t. Of course, rates will inevitably go up, but that looks still over the horizon.

When interest rate increases eventually come, they are anticipated to not be dramatic. The U.S. Federal Reserve has pretty much promised that its interest rate increases will be low and slow, whenever they happen. We can expect the same here in Canada. Not that the BoC’s job is to protect house prices, but let’s face it: it serves nobody’s interests to choke the one segment of the economy that is building wealth for Canadians.

The real threat to the housing market is the dreaded word, “recession”. And that is often interpreted as a fuzzy word. If there is a change in this year’s trend so far with increased job creation, then there could be some downward pressure on housing values and sales. If that does become the case, the BoC still has a collection of tools at its disposal to stimulate the economy by freeing up money; which, logically, would be supportive of home prices.

Also high real estate prices are not completely a good thing. High home prices are creating a real problem for some families, because those of us on the lower end of the income ladder simply are unable to afford a home. The market we serve will correct, some day, some month. That’s the thing about bears. Bears are excellent at predicting that a downturn will happen; they are just very uncertain at letting us know precisely when.