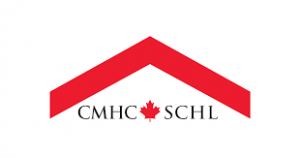 There is mounting evidence of risk in Canada’s real estate markets as home prices have climbed faster by to key related factors: population growth and income increases; a report by Canada’s Mortgage and Housing Corp, CHMC recently has shown. The report covers national housing market as a whole and 15 regional markets.

Canada Mortgage and Housing Corp. increased its risk rating for the national housing market on this past week to “strong”, from a moderate rating that it published in July.

“We now see strong evidence of problematic conditions overall nationally,” wrote Bob Dugan, CMHC’s chief economist. “This is fueled by overvaluation… meaning house prices remain higher than the level of personal disposable income, population growth and other fundamentals would support. This overvaluation coupled with evidence of overbuilding in some centres means that growth in house prices will slow and housing starts are expected to moderate in 2017 and 2018.” he went on to say.

CHMC also said it now sees moderate evidence of increased price acceleration; which occurs when home prices go up at a faster pace and and also a possible sign of speculation.

They are also predicting that home sales and new housing starts will decline next year, before stabilizing in 2018. The agency’s CEO Evan Siddall said earlier this month that “the housing agency would raise its risk rating to strong for the first time ever”.

Vancouver’s 15% foreign-buyer sales tax ( which began in May 2016 ) caused alot of people to think that most of those buyers would be steered into Toronto’s market. To what degree that has happened is now being evidenced; and the result is more distributed than previously thought. CMHC said there is strong evidence of problematic conditions in: Vancouver, Toronto and Hamilton, Calgary, Saskatoon, Regina. However: Edmonton, Winnipeg, Montreal and Quebec City show moderate evidence of such conditions, the agency said.

CHMC’s housing market assessment is intended to be an ‘early warning system’ to inform Canadians about problematic conditions that have developed and spread about the country’s real estate markets.

For more information and key comments from the CHMC, see this Globe and Mail article: http://www.theglobeandmail.com/report-on-business/rob-commentary/the-intended-consequences-of-new-housing-policies/article32383166/

Thank you for reading the RealEstateLeads.ca blog – where we intend on supplying you not just with fresh leads daily, but other helpful information weekly for active Canadian Real Estate agents.

During a press conference held in Calgary in March 2016, CMHC said the proposed requirement for lenders to pay the deductible on mortgage insurance claims is heavily being considered.

According to the CHMC website of the federal housing agency, the CMHC is working with Department of Finance along with the Bank of Canada to explore ways of more evenly distributing risk across the financial system.

The idea of is forcing banks pay a deductible on mortgage insurance claimsc was first presented by CMHC to the previous Conservative government. It is not yet clear if the new Liberal government will be interested in pursuing the overall idea, or not. 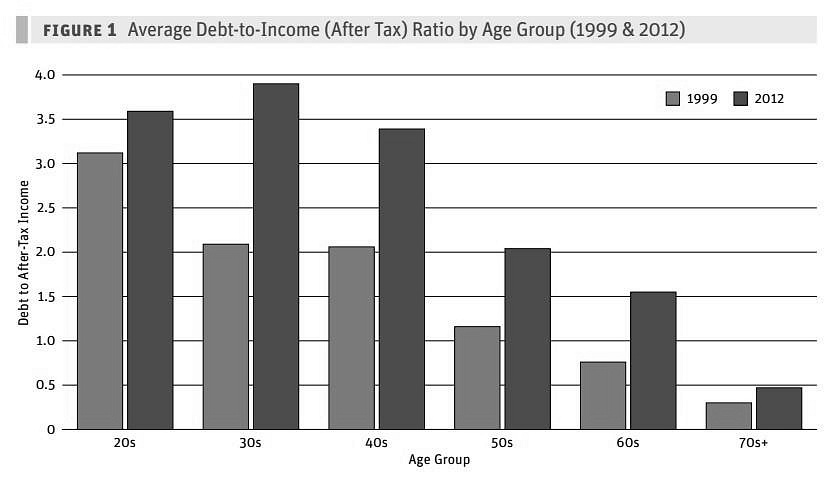 The Canadian Centre for Policy Alternatives produced the above chart – that makes the case that people in their 20s have the highest debt loads, but people in their 30s and 40s experienced the largest level of increase in debt since 1999.

Those who buy a whole with less than a 20% down-payment are mandated to acquire mortgage default insurance, from either the CMHC – or – one of the private mortgage insurers.

Through an Access to Information request last year. the industry association laid out its position in a letter to CMHC, written in August 2014; and was obtained by The Canadian Press. Subsequently the Department of Finance stated, in November 2015, that it had has performed preliminary research concerning the potential impact of having the banks share mortgage default risk.

In the 2nd week of March 2016, the CMHC defended the organization’s status as a public institution and said that it acted in an important role during the 2008 global financial crisis.

” As a Crown corporation with a public policy mandate, CMHC needs to be present in the market through all economic cycles.”, stated the CHMC. ” This is a fundamental way in which we contribute to Canada’s financial stability. In fact, our role now in Alberta is to support continuous access for Albertans to the housing market, even if private insurers choose to pull back. ”