As a result of the new tax, that came into effect early August, on foreign buyers in Vancouver, many real estate agents have predicted a spillover effect into other Canadian markets.

As can be seen from result of the next tax, there has been a recent slide on Vancouver home sales: 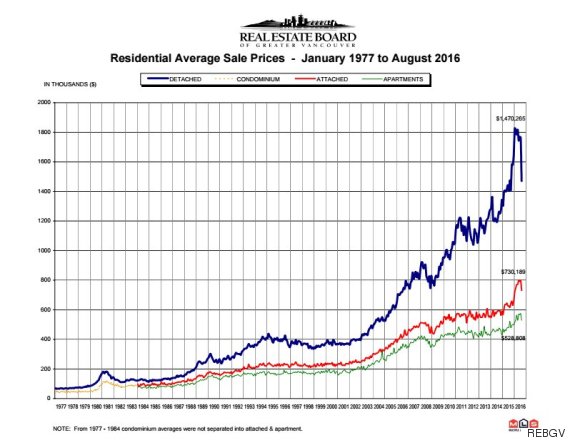 It is speculative, but it is still not clear if Montreal, presumed by many to be the next hotspot in the lowering tide of Vancouver’s market, will experience such an effect. Where, if anywhere else, will the Chinese investors move to?

The market in Montreal is still nothing compared to what’s been happening in Vancouver & Toronto.

The new 15% tax, which took effect 3 weeks ago, was put forth by the BC government, with the apparent on the surface intention of improving home affordability conditions for native and resident Canadians who wish to purchase a home in Vancouver, with still about the highest home average prices in such a major city, per square foot, in North America. A similar new taxation event appears to be on the horizon in Toronto.

The Finance Minister of Ontario, Charles Sousa, recently said that he is closely examining the possibility of a similar tax in Toronto to also address the East coast city’s similar rise in home prices over the past couple of years. Real Estate agents have also argued that the new foreign buyers tax in Vancouver could entice them to look into investments in other cities; such as Toronto – and Montreal.

Until such a similar Toronto tax is imposed, Toronto and potentially other markets like Montreal, will start to become more attractive, because of the lower price tags. A close eye will be kept on the Montreal market, to see if any market radar activity is induced by foreign investors. Montreal hasn’t yet been visibly targeted by foreign buyers.

This past month, in an August 2016 report, the CMHC stated the quantity of foreign investors within Montreal is rather small and mostly concentrated in condominiums downtown. The report boiled down that about 1.4% of condominiums in the Montreal region were currently owned by foreigners; but the number is nearly 5% downtown. In Montreal, residents of the US & France accounted for the majority of foreign buyers; with China and Saudi Arabia accounting for less than 14% of them all.

It is indeed difficult to forecast whether the Vancouver tax will change the status-quo much in Montreal. So far in Montreal, foreign real estate buyers have operated on a much smaller scale – most of them being “mom & pop investors” and people from France who have found for a more affordable lifestyle in Montreal.

Montreal will likely not be on the hit-list for a foreign-real estate tax for at least the next decade – but Montreal agents may start experiencing greener pastures soon.

Would you like to super-charge your career with 40+ fresh & real leads per month? If so, then see these agent testimonials.