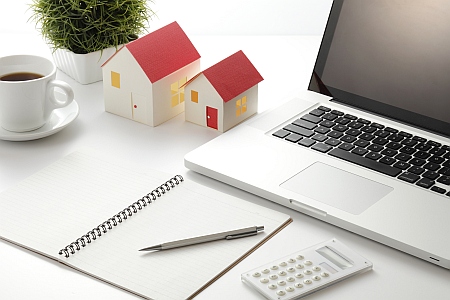 This article is based on the following projections for 2016 compiled by the Royal Bank: http://www.rbc.com/economics/economic-data/pdf/home-resale-fcst_can.pdf

As interest rates begin to rise in 2016, Canadian real estate activity is anticipated to slow “modestly”, according to the above report from Royal Bank Economics.

RBC considers an outright crash in real estate as having a very low probability. The analysts of RBC expect the general economy to expand and also that interest rates will likely gradually rise after the new year begins.

However, the bank notes that there is a possibility of a dramatic downturn in the real estate market if there is a plunge in employment, due to a deep recession, or if a dramatic surge in interest rates occurs.

The Royal Bank says the economic hit resulting from lower oil prices has not been impactful enough to shake up the Canadian real estate market.

In the oil-price dependent provinces of Saskatchewan and Alberta RBC says that the Canadian housing market is poised to post one of its best years on record by the end of 2015. Rock bottom interest rates have created strong demand for housing in other provinces, particularly in British Columbia and Ontario.

In July 2015, the Bank of Canada reduced their overnight lending rate, affecting variable-rate mortgages by 25 basis points — to 0.5 per cent. RBC predicts the central bank will raise the rate by 75 points to 1.25% during the 2nd half of 2016.

RBC has stated in their reporting: “It has long been our view that the eventual rise in interest rates from generational low levels will produce significant headwinds for Canada’s housing sector. Much of the market’s vibrancy in the past several years can be attributed to exceptionally low, and declining, interest rates.”

The expectation of the cooling is expected to be moderate & controlled. Home sales are expected to decline by less than 10% over several years – and average sales price growth decelerating to a rate of 3.2% in 2016.

RBC went on to say, “In our opinion, the risk of a crash, resales plummeting by more than 25% nationwide for instance – is low for three main reasons: First, we expect the Canadian economy to grow and create jobs and boost incomes. Severe housing downturns usually coincide with recessions.” Two other reasons cited are: 1) strong immigration and 2) the gradual pace at which interest rates are expected to rise.

RBC also does not expect average national home prices to fall outright, at least in the short term. However, certain segments of particular markets, for example condos in Montreal, could see a decrease. The risks of a nationwide home price collapse such as a drop of 25% or more are “quite remote,” according to their report.

Let’s hope this report remains on the said trajectory, because the future of the market seems bright for most of Canada through 2016!