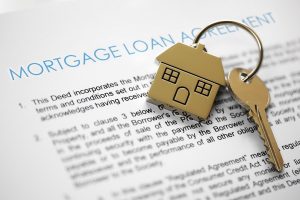 General logic would suggest that’s a risky proposition, and there’s no debating that it is. But it may not be as risky as you think. A recent Bank of Canada (BoC) working paper, The Rise of Non-Regulated Financial Intermediaries in the Housing Sector and its Macroeconomic Implications, is suggesting that non-regulated lenders are taking a bigger share of the mortgage market. Regulated banks still hold onto the lion’s share of the mortgage market, but they’re giving up an ever increasing portion to non-regulated intermediaries.

Which, apparently, isn’t such a bad thing for most of any prospective clients you might have who are looking at every possible financing option.

Here at Real Estate Leads, our Canadian online real estate lead generation system continues to be a big plus for realtors who see the need to get more out of their prospecting efforts. Leads are opportunities, and a big part of making the most of your opportunities is being explicitly in the know about EVERY aspect of your clients’ home buying process.

The term given to these lesser-known lenders is Non-regulated financial intermediaries (NRFIs). They’re also sometimes referred to as shadow banks, defined by the fact they’re not bound by regulations. In contrast to regulated financial intermediaries (RFIs), they can’t take deposits. That’s not as problematic as you might think, due to the fact they don’t have to satisfy a minimum capital requirement.

Seeing an increasing market share go to these lenders was pointed to as a primary contributor to the US Recession, but the consensus up here seems to be that the same concerns shouldn’t exist.

Further, securitization is used to limit risk due to the fact they can’t raise funds easily, and most of that is done through the government’s National Housing Act Mortgage-Backed Securities (NHA MBS) program. Participating loans must have the same criteria as regulated institutions. In addition, NRFIs issue securities and sell them to regulated financial institutions.

So, the question – are they any riskier than your typical mortgage?

Determining that these lenders are going after the best qualified borrowers is important to understand. They issue loans with lower interest rates and higher median mortgage sizes. Prospective buyers should understand that these lenders likely aren’t being used by those rejected by regulated lenders. A higher rate of mortgages being issued by non-regulated lenders sounds scary, but the BoC working paper argues otherwise. The growing combination of these loans throughout the broader system doesn’t forecast to be a problem.

The Big & Small for Average Buyers in Canada

As stated above, the new mortgage regulation stress tests in Canada are inevitably going to disqualify ever greater numbers of would-be homebuyers from moving forward. As a realtor, this is inevitably going to put constraints on your business and particularly so if you’re working in a market that is not constantly propped up by the demand end of the spectrum.

These findings from the Bank of Canada should be something of a reassurance for anyone thinking of assuring prospective clients who are considering getting financing from a NRFI, but it’s important to pay especial attention to what we underlined above – the low mortgage rates will work to deter the validity of any applicants who don’t have a quality credit score, and it shouldn’t come as a surprise that there is always going to be a prominent inherent connection between a buyers’ stress test qualification and their long standing credit rating.

Sign up with Real Estate Leads here and receive a quota of qualified, online-generated buyer and seller leads delivered to you exclusively each month, and for your specific requested region of any city / town / province in Canada. It’s a superb way to supercharge your client prospecting efforts, and as they say – the early bird ALWAYS gets the worm!