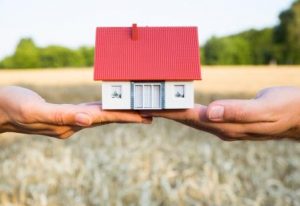 The Foreign Homebuyer’s Tax instituted in BC last year has no doubt cooled housing prices in the city as intended, but it would appear that some of that buyer focus has shifted from detached homes to condominiums. That’s likely both a direct and indirect result, especially considering that while condos have been a nearly as popular choice for buyers looking for an investment property in Metro Vancouver, they’ve also commonly been the standard entry-into-market choice for young professionals and working couples who have yet to start a family.

Here at Real Estate Leads, we’re eager to continue providing a valuable marketing resource for realtors but we’re also keenly aware of some of the challenges, risks, and – for lack of a better word – general craziness that are marked characteristics in Canada’s big cities at this time.

After a heated four months for condos and townhouse sales, the average sales price for a condo on the west side of Vancouver is now nearly $1 million. Condos have indeed been quicker to recover than single family houses in response to the 15% tax, but of course the trickle down effect is both frustrating many qualified potential buyers as well as forcing other prospective buyers further down the chain.

Recently, realtors have made note of incidences where ‘extreme bidding wars’ that they typically only saw with detached homes are now becoming common for Condos in downtown Vancouver and on the city’s desirable west side. Some condos are selling for in the vicinity of 100k more than listing price, and according to agent Darryl Shaburo of Park Georgia Realty, “what’s quite marked about this trend is that these buyers are quite willing – and able – to compete and continue to outbid their competitors to numbers that most people find quite staggering for 800 to a thousand square feet of real estate.”

April of 2017 saw the average price for a condo in Vancouver west of Commercial Drive rise to $969,579, compared to $572,000 for East of it. What Greater Vancouver’s REB prefers is to use a measurement called benchmark price, which the board says more closely represents a typical housing unit. The April benchmark price for Vancouver West condos would seem to be more relatively indicative at $718,400 and $480,300 for Vancouver East, but agents and insiders say that doesn’t take into account the new phenomenon of ‘super bidding.’

The Concern of House Poverty

Furthering the issue is the fact that demand continues to far outstrip supply, and that is one of the trends in real estate in Vancouver that’s unlikely to change soon, if ever. Shaburo states that market is picking up these days, however, as it “always tends to do during the spring season.”

The greater concern in the big picture, and both for individuals and for the Canadian economy, is that by paying such exorbitant prices for housing – condos and detached homes – they will become what is called ‘house poor’ and be put at significant detriment due to carrying such a large household debt. As this becomes more common, it of course lends itself to premonitions of the ‘housing bubble burst’ that occurred in America in 2008.

We’re a ways from that in our opinion, but there has to be concern here. Both on the national interest level, and in making housing affordable for the people who make cities breathe and not just those who have the finances required to make investment purchases. Balance is essential.

As realtors, we stand to benefit from a profitable housing market, but it must be a healthy housing market as well. Plus, a great many of us actually live in these cities too! You want business to be good, and doing good. In in the interest of the first part of that, we suggest you check out Real Estate Leads and enjoy qualified online-generated seller and buyer leads delivered to you exclusively for your exclusive region of any specific locale in Canada