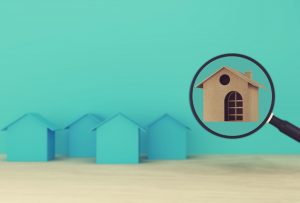 The housing crisis in Canada continues to grow, and the ramifications both a lack of available housing AND the lack of affordable housing are becoming increasingly apparent. Foreign speculation investment in the housing market in Canada IS a factor here, but it’s important to understand it’s not the only one. In addition, there are many different optics that can be seen related to the housing crisis, but vacant homes are definitely the one that sticks out most egregiously.

At a basic level, it’s not difficult to understand why a buyer who has bought a home as an investment may wish to not rent it out. If you’re not carrying a mortgage for the home and own it outright, but plan to sell it in the not-too-distant future, then the idea of keeping that home in near perfect condition is going to be appealing. On the other end of the spectrum, however, there is a shortage of homes across Canada and particularly in large urban areas.

Having a healthy rental market benefits realtors, even though it doesn’t do so directly. Many enters who are well and affordably housed will eventually become prospective home buyers, and this is especially true of young professionals furthering their careers in Metro areas. Without that process there becomes fewer qualified buyers down the road, and that’s not good for anyone.

Here at Real Estate Leads, our online real estate lead generation system is an excellent way for new realtors to get a leg up on their competitors and be fast-tracked to meeting your genuine potential clients – the likes of which there are fewer of these days! The reasons for that are varied, but as we’ve alluded to here, vacant homes actually play a long-term part in all of this.

6-Digits Plus Stat for Number of Empty Homes

As the title makes aware, recent studies have indicated that over 1 million homes are unoccupied in Canada. Not all can be grouped in with the absentee investor owner scenario, but you can be sure the majority do. As a more exact number, the report from Point2 Homes indicates that roughly 1.34 million homes across Canada lie empty or only accommodate temporary occupants.

It’s estimated that this represents 8.7% of the units available in the national market, and that stat is up 0.3% from the previous decade. Plus, it’s significantly larger than the 2.8% peak registered in the U.S. market during the same time frame.

Most will assume that Vancouver and Toronto are the two cities where this trend is most pronounced. That’s only half true, as Toronto does indeed have around 66K of those empty homes. Montreal comes second with 64K, and then surprisingly Vancouver comes a distant third with 25K of them. Why only one of the two most heated housing markets comes in high is interesting, but that’s another topic of discussion.

Despite all this, Vancouver still had the had the largest empty-to-occupied home ratio across Canada, at 8.2% of ones in the local market.

Other markets with more than 20,000 unoccupied dwellings include Calgary, Ottawa, and Edmonton.

And while Vancouver had a relatively restrained 25,000 vacant houses, it had the largest empty-to-occupied ratio across Canada, at 8.2% of the market’s homes.

The industry expert consensus is that investor speculation and short-term rentals are the main culprits behind high vacancy rates in places like Toronto and Vancouver, and not surprisingly it’s these two cities were foreign buyer taxes have been implement. Vancouver also has it’s vacant home tax, which is apparently set to deliver hundreds of thousands of dollars each year that the Provincial Government promises to earmark for social and affordable housing.

No matter where you stand on this, it’s hard to argue that unless you’re a real estate speculator then vacant homes aren’t good for anyone, from prospective tenants all the way up to those who serve the real estate industry, and realtors very much included.

Sign up for Real Estate Leads here and receive a monthly quota of qualified, online-generated buyer and / or seller leads that are delivered exclusively to you. You will be the only realtor to receive those leads provided through our service, and what’s more – you will also be the only realtor signed up and serving whichever region of any city or town in Canada you apply to have with Real Estate Leads. It’s first come, first served with regards to that, so don’t delay in getting onboard with this if you’re a new realtors who’s keen to get much more out of your prospecting efforts.